An investigation by the Employment Policies Institute 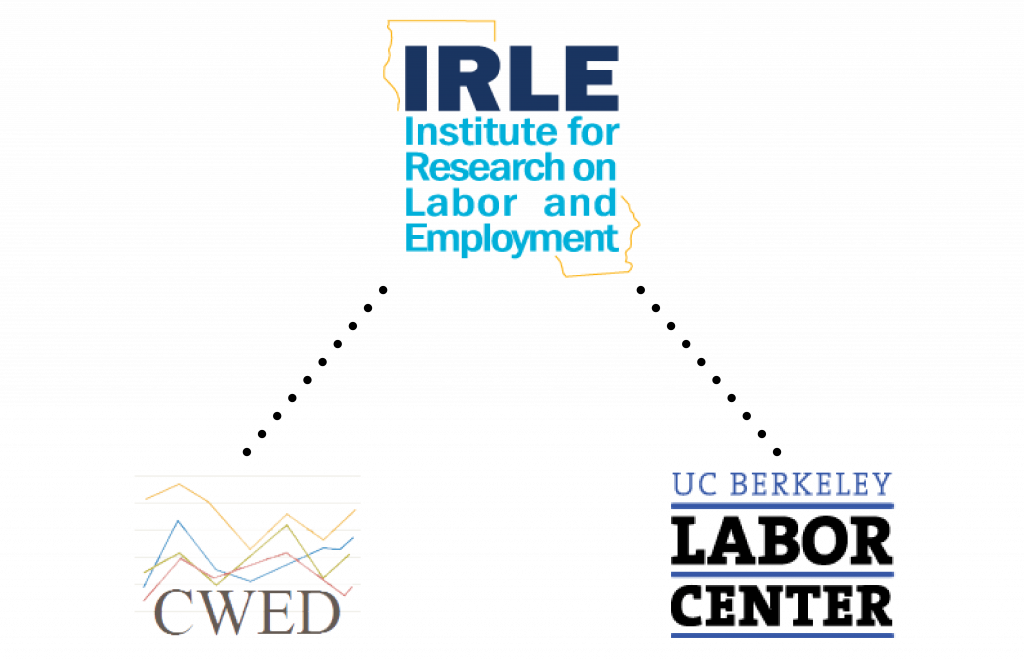 The Berkeley Institute for Research on Labor and Employment employs key personnel who have all previously worked for or had ties with unions or union-affiliated organizations. The researchers churn out one-sided studies that provide confirmation for union political objectives including minimum wage increases, union organizing, and other labor focused mandates.

Founder and Co-Chair, Center on Wage and Employment Dynamics

Michael Reich is the founder and co-chair of the Center on Wage and Employment Dynamics and was the former director of the IRLE. He has served on the Advisory Boards of the union-funded Economic Policy Institute and the Center for American Progress.

Reich co-founded the Union for Radical Political Economics, a Marxist group of radical economists whose mission is to “support an American version of socialism, with public ownership of production and a government-planned economy to meet social needs rather than the needs of private profit.”

Ken Jacobs is the chair of the Labor Center. Previously, he held director positions at the union-funded activist groups, the San Francisco Living Wage Coalition and the Bay Area Organization Committee.

Additionally, Jacobs has received multiple research grants from unions or union-affiliated interests. He is also affiliated with the United Association for Labor Education, a pro-labor union outfit associated with the AFL-CIO.

Sylvia Allegretto is the co-chair of the Center on Wage and Employment Dynamics and is a research associate at the union-funded Economic Policy Institute where she also worked for several years before joining Berkeley.

Allegretto has presented at many union leadership conferences as well as a California Democratic Party retreat. She has also consulted for the Restaurant Opportunities Center. Allegretto has also received research grants from union-funded groups such as the National Employment Law Project.

Annette Bernhardt is the director of the Low-Wage Work Program at the Labor Center and a senior researcher at IRLE. She also serves on the AFL-CIO Worker Center Advisory Council as well as sits on the boards of the union-funded Working Partnerships USA and East Bay Alliance for a Sustainable Economy.

Prior to joining Berkeley, Bernhardt was the Policy Co-Director at the labor-funded National Employment Law Project, which is one of the leading minimum wage activist groups.  She was also a fellow at the union-funded Roosevelt Institute, on the advisory committee of the union-funded Food Chain Workers Alliance, and was affiliated with the Restaurant Opportunities Center.

Saru Jayaraman is an Advisory Board Member at the Berkeley Labor Center and is Co-Founder and President of the Restaurant Opportunities Centers United (ROC)–a controversial labor activist group that has been sued by its own members. ROC was profiled in the New York Times in 2018 for its involvement in a failed restaurant, COLORS; the restaurant lost staff after failing to pay employees in a timely fashion. Jayaraman also serves as Director of the Food Labor Research Center at UC Berkeley.

More than two-thirds (28 of 41) of the Labor Center’s advisory board members are affiliated with unions. 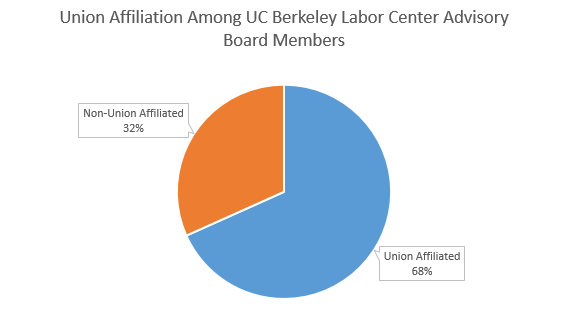 The Berkeley labor team has coordinated with city leaders, unions, and special interest groups to craft and publicize “research” that supports minimum wage increases. Emails obtained through Freedom of Information Act requests reveal the specific instances of coordination between the biased Berkeley labor team researchers and various local and state government officials. These uncovered emails reveal that the Berkeley labor team is more activist group -- conducting research to fit a predetermined conclusion --than the neutral academic research organization it is portrayed out to be. In a 2014 email, for instance, Jacobs wrote that he was seeking grant money to support his team’s efforts "for local groups engaged in work to raise the minimum wage" in California. He noted that the Labor Center would offer "testimony/media work." Below are more examples of coordination by geography:

In 2014, the Los Angeles Mayor’s office asked the Labor Center team to apply to conduct a study on the effects of a proposed $15 municipal minimum wage, as the team had recently conducted a favorable minimum wage study for the Mayor’s office a year earlier.

A Deputy Director with the Mayor’s office wrote an email to Michael Reich stating, “We’d love to see you and your team apply for the study.”

This request was controversial with L.A. City Councilmen Mitch O’Farrell and Felipe Fuentes arguing that the Mayor’s office “should seek data from a neutral source.”

The reason why? The Berkeley team had already conducted a “study” for the Mayor’s office to promote a citywide increase in the minimum wage. In an uncovered email, a staffer at the Mayor’s office described the goal to Berkeley researcher Ken Jacobs: “We need to demonstrate clearly how a [higher minimum wage] will help labor and the economy in general.”

The Labor Center dutifully obliged with a study concluding a higher minimum wage in L.A. would be all gain with little-to-no pain.

Uncovered emails reveal that Ken Jacobs worked with other union interests to help devise and draft onerous scheduling restrictions for San Francisco retailers in 2014. He was part of a telephone call with officials from the union-backed National Employment Law Project, the San Francisco Bay Area Labor Council, Jobs With Justice, and the Alliance of Californians for Community Empowerment that began the agenda-setting process for this legislation and outlined three ideas that were the basis of the labor scheduling law.

In 2014, proponents of a $15 minimum wage in New York State reached out to Ken Jacobs to testify before the state’s Senate Labor Committee. Uncovered emails reveal that Jacobs was then given talking points by minimum wage activists that “we’d love you to cover.” Jacobs replied, “That works for me.”

While Jacobs was in New York, he met with the New York Times editorial board and other media outlets around the Albany area. Jacobs participated alongside the National Law Employment Project to consolidate union support to promote the proposed wage hike.

Jacobs then proceeded to release a Labor Center study in 2016 finding that a $15 minimum wage in New York would have significant benefits and no labor market consequences.

Upon discovering that University of Washington researchers were set to publish research concluding that Seattle’s $15 minimum wage implementation had cost jobs and reduced wages in 2017, the Seattle Mayor’s Office reached out to the Berkeley Labor Center to conduct a study of its own, countering the UW study. The Mayor’s Office asked the Labor Center to complete its study in a timely manner for release prior to the UW study. Michael Reich said, “I’ve been working morning to evening every one of the past seven days to complete this. The timetable moved up over the weekend.”

The Mayor’s office then asked the Berkeley team to leave out any mention of the forthcoming UW study in the press release announcing the study since the Mayor didn’t want “[Berkeley’s] positive news to serve as a teaser for the UW study.” The press release for the supportive study was even written by the Fight for $15’s PR firm.

Out of the many minimum wage studies conducted by the Berkeley labor team, all find little-to-no negative effects from dramatic minimum wage increases. This conclusion is in contrast to the bulk of economic research.

According to a December 2015 review of the minimum wage literature published by the Federal Reserve Bank of San Francisco, “the overall body of recent evidence suggests that the most credible conclusion is a higher minimum wage results in some job loss for the least-skilled workers—with possibly larger adverse effects than earlier research suggested.”

The predictions of the Berkeley labor team have been refuted by subsequent research and real-world results:

CLAIM: In 2014, the Center on Wage and Employment Dynamics concluded that a $15 minimum wage in San Francisco “would have a modest impact on business operating costs and consumer prices.”

CLAIM: In 2014, the Center on Wage and Employment Dynamics predicted that the consequences of Oakland’s 36 percent minimum wage increase, which took place overnight, would be limited to a one-time 2.5 percent increase in restaurant prices.

FACT: In 2017, University of Washington researchers found that Seattle’s minimum wage increase has indeed reduced pay and cost jobs. Specifically, they found that the incoming $15 minimum wage cost about 5,000 entry-level jobs, reduced entry-level hours worked by nine percent, and reduced incomes by $125 per month. (This figure was later updated to $74.)

CLAIM: In 2018, the Center on Wage and Employment Dynamics claimed that six cities with minimum wages of $10 or higher enjoyed “statistically significant positive effects on earnings” with no “negative significant employment effects.”

FACT: The Federal Reserve Bank of San Francisco study finds that states that have pursued minimum wage increases have suffered significant job losses to the tune of about 100,000 to 200,000. According to a 2019 survey of U.S. based labor economists, 84 percent of respondents said that a broad $15 minimum wage would reduce job opportunities for young workers.

There is also strong anecdotal evidence of negative employment effects in cities that have pursued dramatic minimum wage increases, with hundreds of documented cases of business closures, job loss, and reduced hours aggregated at Facesof15.com.

According to federal reports, the Labor Center has received nearly $1,200,000 in funding from various labor unions since 2004:

The Berkeley labor team has also received over $500,000 from foundations that have a history of giving money to unions, including the Ford Foundation and George Soros’ Open Society Institute.

The University of California Berkleys’ research team has recently faced scrutiny for their activism and flawed studies. A recent op-ed by the Employment Policies Institute’s managing director, Michael Saltsman, highlighted…

When the City Council in tiny Emeryville, CA (pop. 11,758) set its sites on the country's highest minimum wage, it justified the proposal using research from the Institute for Research…
See all updates